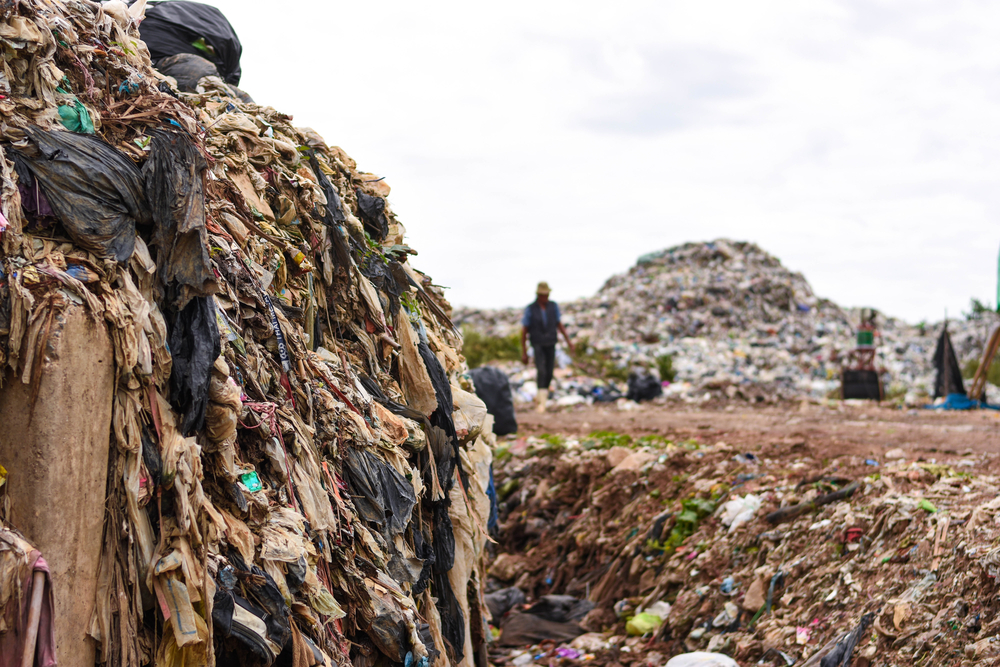 The consequences of fast fashion

Unfortunately the globalisation of the fashion industry has had a fairly devastating impact on the face of our planet today. Many of us who love our clothes are completely oblivious to the dark side of the fashion industry. For starters there’s the fact that seemingly innocuous ‘natural’ fibres such as conventional cotton can account for just 2.4% of the world’s land and yet 24% of the world’s insecticides.

Or the fact that cheap clothing is now more readily available than ever before; contributing to a disposable fashion culture where 30% of our clothes are discarded after just one wear. Australians alone send $500 million worth of clothing and textiles to landfill every year.

And yet some manmade fibres can take hundreds of years to break down, thus perpetuating a vicious cycle of ecological destruction that becomes increasingly difficult to escape all the time.

Luckily, there are now a number of environmental warriors out there — individuals and businesses that genuinely want to do something about this problem. But while the organic produce section and natural beauty aisles tend to be areas in which this sort of progression is prevalent, we don’t seem to see quite so many people thinking twice about where their clothing comes from.

Which is a consideration that I believe is even more important where activewear is concerned. This is because not only can some activewear be terrible for their environment, but we also tend to wear these garments while interacting with nature herself.

So there’s really no excuse for ignoring the physical changes that now abound from this vantage point.

In many respects, this is how Patagonia came to be as environmentally engaged as it is today. “Both my personal interest and the company’s interest in environmental protection and sustainability really has its origins in our experiences as climbers, mountaineers, surfers and skiers,” explains Rick Ridgeway, VP of Public Engagement at Patagonia.

“Because many of us in the company spend so much time in nature, [we have seen] how much it has degraded over our lifetime. First-hand, we’ve witnessed the development of places that used to be wild. So we are committed to doing our bit as much as we can, to try and provide solutions to these problems that we’re seeing first-hand.”

For Patagonia, doing their bit means producing clothing with sustainability and durability in mind. And this is especially important for a brand like this, which specialises primarily in garments for active occasions. But not all activewear-focused brands are similarly motivated.

Which brings me to the second reason why you should care about where your activewear comes from — because these particular garments have traditionally been made with some of the worst synthetic fibres of all.

Synthetic fibres are not biodegradable

The lycras and polyesters of the world might be useful for that stretch factor, but they can be devastating for the natural world. Consider, for instance, the fact that 85% of the human-made material now found in the ocean is microfibres derived from manmade clothing fabrics such as nylon and acrylic.

Unlike many natural fibres, these synthetics are not biodegradable and thus take a great deal longer to break down in the environment.

Not only that, but when these fabrics are dyed using harmful azo dyes, they can also be devastating for the natural environments surrounding the dye houses — polluting the air and water supply, while also endangering the health of garment workers responsible for producing our running gear.

supply chains can be toxic

This social side of contemporary activewear is the third main reason why you should care about where your activewear comes from.

If you are engaged environmentally speaking, then chances are you care about basic human rights as well. Which means that you would be outraged by the fact that most activewear today is produced by large international conglomerates whose massive supply chains often fail to take human rights into account at all.

A 2015 study showed, for example, that 71% of leading UK brands believed there was a likelihood of modern slavery occurring at some point in their supply chains.

Yes, fashion industry supply chains are inherently complex — and even more so in the context of international supply chains. But that is really no excuse for child labour to continue cropping up in the factories that make clothing for the likes of H&M.

Some years ago Patagonia was shocked to discover that slave labour existed in their own supply chain, which is an issue that they have gone to great lengths to eradicate and monitor ever since. This is the kind of commitment we need to see from all big brands — especially those that specialise in making activewear.

But until we do, there are luckily a number of other awesome sustainable and responsibly made activewear pieces out there that are aligned our own sense of environmental conscience.

Ethical Clothing: What Exactly Does it Mean?

What Does Fair Trade Clothing Mean In Practice?

Greenwashing – Are You Being Fooled?